You are here:
Attractions in and around PorlezzaBlogTheme & Dream Vacations in Porlezza 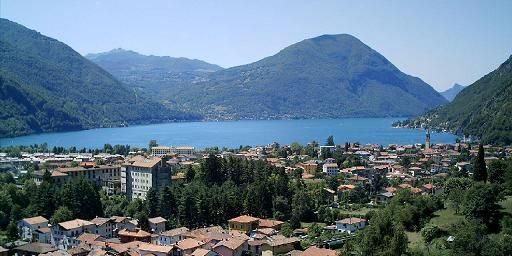 PORLEZZA is a town located on the Italian side of Lake Lugano, in Lombardy. This year the town was runner-up in the entire Province of Como for the number of tourists who visited it. The name of the town, derived from Latin and meaning “harbor (the) joy”, is meant to emphasize the pleasant tranquillity that the area aroused and still arouses in those who pass through it.

With nearly 5000 inhabitants, this small town is very popular destination for nature lovers, but not only. Recent urban renovations also enhanced the cultural aspect in Porlezza and in the surrounding towns and villages. Take for example the old town (the centro storico), whose streets have now been given a second life thanks to the opening of new businesses that make them more interesting and characteristic. In the middle of the historic center, stands the church of St. Vittore, which in medieval times was the parish church of the same name. Located in Piazza San Vittore, the church was recently restored and expanded, the church remains both the cultural and landscape reference of the town.

Another part of Porlezza recently renovated is the lakefront, the scene of long and relaxing walks, characteristic markets in all seasons and the main background of the festival of St. Rocco, held every year on August 16th, with the traditional fireworks.

Also overlooking lake Lugano lies the town of Valsolda, on the Swiss-Italian border (5 minutes drive from Porlezza). The area became famous because of the writer Antonio Fogazzaro, who stayed there to write his novel “Small ancient world”. The rich lush vegetation typical of the area, is best experienced at the botanical garden of Villa Fogazzaro, now owned by the FAI, which also houses the museum dedicated to the author.

Above lies Castello, a fraction of Valsolda, set in a medieval fort. This tiny village is characterized by fortifications and houses perched on a ledge, whose windows have open views across the Italian branch of Lake Lugano.

It is all these elements of history and nature combined, that make Porlezza and its valleys a favorite destination for lovers of trekking and hiking. But even those who love folklore and traditions will not be disappointed.

In addition to the festival of St. Rocco, another festival celebrated every year in September is the one that is held on the Mount Muzzaglio in Valsolda. Also, during the Christmas season, in Val Cavargna, located between Lake Como and Lugano, a quaint traditional nativity scene is celebrated in the little village of Sora.

Nature and history come together perfectly in the area! These are just some of the reasons that positioned Porlezza, along with its surrounding areas, in the second place for the number of tourists throughout the province.

Translated and adapted from the source in Italian: http://ilgiorno.campionatodigiornalismo.it/2015/04/15/porlezza-la-grande-bellezza/